Aaron and Erik met many years ago and began collaborating in 2012. There debut LP ‘Instead of rain i bring a hat’ was released in July 2018 on Hands In The Dark records.

Invisible Sports was a bedroom game Moore used to play with a former girlfriend where he would perform a variety of naked sports poses. His girlfriend would then have to guess which sport he was posing. The music of Invisible Sports ‘The Future Tastes’ bears no relation to this game. Songs performed on melodic percussion, drums, trumpet, strings, PVC tubing and a rubber band bass with lyrics inspired by a dissolving releationship. Moore painstakingly played, recorded and mixed ‘The Future Tastes’ over a 3 year period soon after relocating to Brooklyn, NY.

A new studio album is in the works. 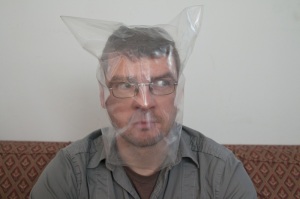 Hear the music of Invisible Sports (under the pseudonym of Aaron Moore) here:

Volcano The Bear was formed by Aaron Moore and Nick Mott in May 1995 in Leicester, England. They were soon joined by Clarence Manuelo and Daniel Padden. As a quartet they released numerous albums, EP’s and singles on numerous labels including, United Dairies, Pickled Egg, Textile & Beta-Lactam Ring and  regularly toured the UK, Europe and America. Nick Mott stopped touring in 2006 and subsequently left the band in 2008. The trio of Manuelo, Moore & Padden continued to tour and release records though Manuelo now longer tours with the group.

A new album is in the works.

“Volcano The Bear have produced some of the finest, wildest British music of the last 10 years on record and on stage.” (The Wire, Jan 2006)

“No one sounds, has sounded or will ever sound quite like Volcano the Bear.”(Losing Today)

“..Its the (band’s) originality that is most striking, and ultimately they sound like nothing else… An inspired use of sonic material”(The Wire, Classic Erasmus Fusion review)

“What Colin Turnbull’s field recordings were to Pygmy music, this music (The Idea Of Wood) could be to a mysterious race of backwoods British dwarves.”(Dusted) 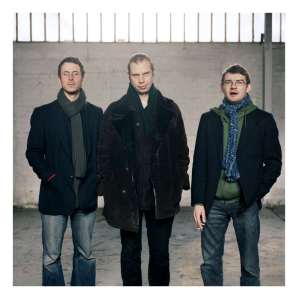 Hear the music of Volcano The Bear here:

Gospel Of Mars were formed by Aaron Moore – drums – and Jef Brown (JOMF, Evolutionary Jass Band) – tenor sax/guitar – in Brooklyn, NY in 2012. After a few gigs they were joined by Bob Jones (Evolutionary Jass Band) on double bass. They perform regularly in NYC and their debut self-titled album was released on Amish Records in December 2017.

Hear the music of Gospel Of Mars here:

Müller-Moore-Music is Thierry Müller (Ilitch, Ruth) & Aaron Moore. They met in Paris and recorded together. Their debut album ‘Today Is Yesterday’s Tomorrow’ was released on three:four records in 2012 . Their debut live performance was at the Numina Lente Festival in New York City in 2011. They travel through the streets of Paris on Müller’s scooter.

Hear a live performance of Müller-Moore-Music from WFMU here:

WIZARDS OF OI
Wizards Of Oi is Brandstifter and Aaron Moore. They met in New York when Brandstifter, on loan from Germany, had an artist residency in Queens, NY in 2009. Wizards Of Oi have performed occasionally in New York and Mainz, DE. They have a number of limited editon releases. ‘Wizards In Space’ a 2 cdr set of studio improvisations, ‘Wizards Of Fancy Smoked Oysters’ a cassette of studio improvisations and the live cdr ‘Kick Out The Oister’.
A ‘best’ of cdr album was released in October 2017 on Chocolate Monk with a new cdr album ‘Pop Oil View’ released on the same label in 2018. 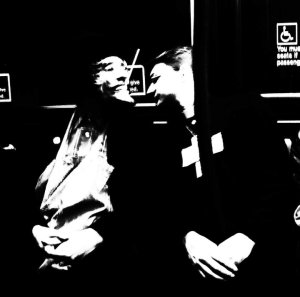 Hear the music of Wizards Of Oi here:

Read a  wonderful review of ‘In Space’ here:

Alan Courtis and Aaron Moore met in Paris in 2004. Eventually they began a long distance recording project that resulted in the highly acclaimed LP ‘Brokebox Juke’ released on No-Fi in 2009. The album appeared in The Wire magazine’s top 50 albums of that year. They have toured the UK and France and released the live album ‘Courtis/Moore’ on Moore’s own Earbook Recordings label in 2010. Two further studio albums have followed as have sporadic performances.

Hear the music of Courtis/Moore here:

Dragon Or Emperor was the duo of Stewart Brackley (bass/lead vocals) and Aaron Moore (drums/vocals). They released one self titles album in 2006 0n Pickled Egg records and 3 self released CDR EP’s.

Hear the music of Dragon Or Emperor here:

Hear the music of Amolvacy here:

Songs Of Norway began in early 1995 and were originally the quartet of Stewart Brackley (bass), Ginn (tenor sax), Aaron Moore (drums) and Nick Mott (prepared guitar). Ginn soon left the group and the trio continued for a few years until Brackley left leaving SON as a duo. Their sole album ‘Despite The Cloak’ was released on Beta-Lactam Ring Records in 2003 and featured both duo and trio recordings. As did the limited 3″CDR EP release ‘The Great Work’ (Olwyn Plant) released in the same year. Although the group never officially broke up they have not played together since 2004.

A little history here; Moore and Mott had an idea for a new experimental music group and got together with Brackley and Ginn to try some ideas out. They decided that this wasn’t what they were looking for but continued with the free improvising Songs Of Norway. The original idea for a new group shortly came to fruition with the forming of Volcano The Bear. The name Volcano The Bear was the title of a Songs Of Norway piece. 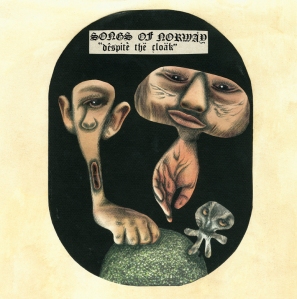 Hear the music of Songs Of Norway here:

TEXTILE TRIO / TEXTILE ORCHESTRA
Textile Trio is Alexandre Bellenger, Aaron Moore & Arnaud Riviere. They improvise with turntables, electronics and drums. They have only performed in Paris. The CD ‘AAA’ was released in 2012 on Intransitive Recordings.
With the addition of violinist Dan Warburton they are Textile Orchestra and have released one album ‘For The Boss’ on Beta-Lactam Ring Records in 2009.

Hear a track from ‘AAA’ here:

buy For The Boss here: http://www.blrrecords.com/prod/2020/for_the_boss.html

Guignol was a recording project featuring Jeremy Barnes (A Hawk And A Hacksaw) and Volcano The Bear’s Clarence Manuelo & Aaron Moore. Their sole album ‘Angela, David & The Great Neopolitan Road Issue’ was released in 2001 on Cenotaph Audio. The album was recorded at the home of Jeremy Barnes when he lived in Saumur, France in 2001. The album features minor contributions from Jeff Mangum and Nick Mott. 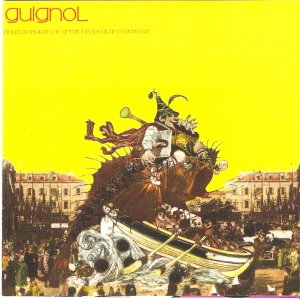 Hear the music of Guignol here: